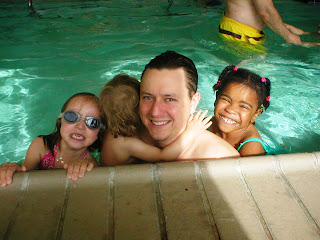 Daddy and the two girls started out pretty early this morning with a nice morning swim. Chayton and I slept in (the past few nights, he’s been sleeping with Courtney and I; I think that is better rephrased to he’s sleeping and we are tossing and turning – he’s a bed hog!). When Chayton and I woke up we were all alone. After a quick breakfast, the two of us got dressed and headed down to the pool. Chayton was so excited to go in with his sisters. 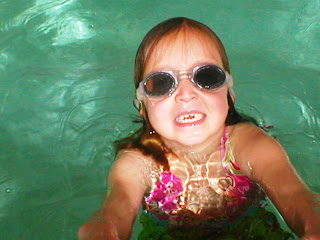 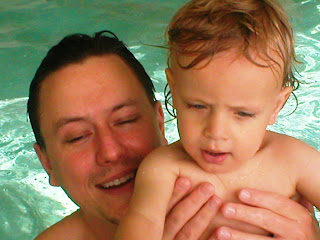 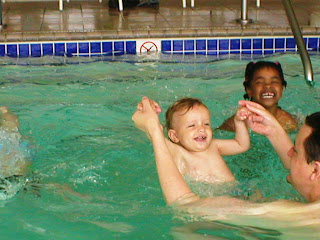 Then it was off to the beach … everyone got dressed (not sure why – check out the pictures) because it was still a little too chilly to go in the ocean (or so we thought). The girls love it! Especially Kaija. She immediately wanted to go chase the waves – Nazeriah stayed up on the sand for a little while before she realized how much fun Kaija was having. Chayton on the other hand … well, doesn’t like the feel of the sand between his toes, nor the cold water, so he sort of stays clinging to you. That quite all right with me – it was COLD! So he and I just walked around looking for smooth rocks for him. 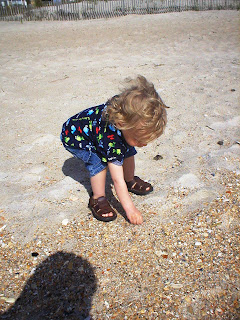 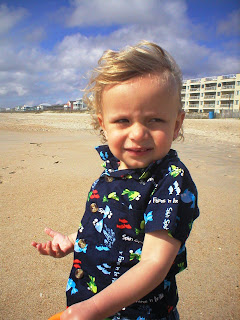 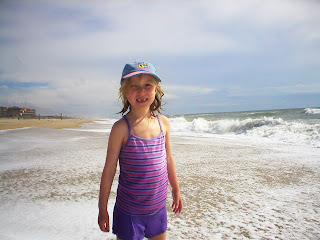 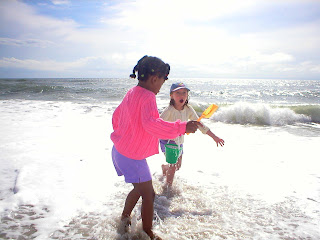 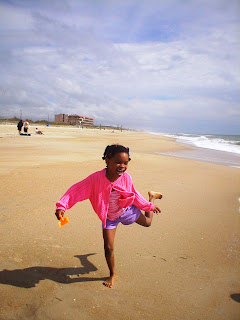 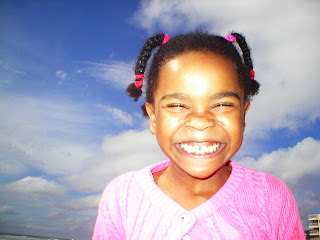 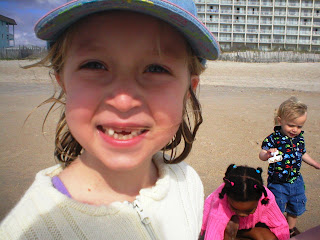 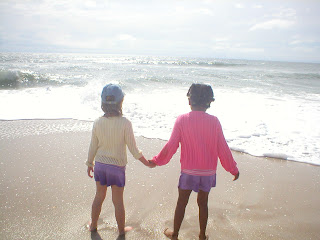 Back upstairs to change clothes and make some sandwiches for lunch. Then it was off to Kure (cure-ee) Beach and Fort Fisher. Fort Fisher is the site of one of the last major battles of the Civil War (if I am remembering my history right). Once Fort Fisher fell, then Wilmington fell, and Sherman kept on going.

Most of the fort is still intact – all though it doesn’t look like what you imagine a fort to be. Because of the technological advances in warfare an open fort above ground just didn’t work any more. So what you see here is a row of grassy mounds. The soldiers built rooms and tunnels out of wood, and then covered them with sand/soil to protect them from the incoming fire. It worked – up to a point.

It withstood a first battle with the Union Army. But the second time around, the Union troops came with lots of back-up. There were over 50 ships that were stationed immediately off the coast, plus a few more ships north of the fort with the infantry. It seems it was quite the spectacle.

Nazeriah made quite a good point while looking at one of the dioramas – “But I can’t tell which side is which.” Hmmm …

While I was interested in the history side of things … the kids were more interested in playing. We brought our kickball along with us and soon set off outside for a little hike and exploration around the fort trail, with the possibility of a game of kickball. The latter didn’t really happen – it was too windy for our ball, and well, Chayton was a little possessive of it. He would stand and hold it, not moving, until the girls went away from him, then he would run with the ball. 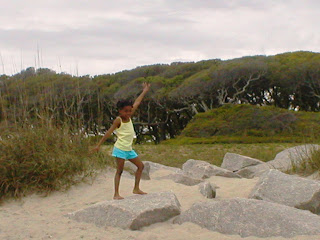 The trail around the fort was nicely kept, a good part of it was a boardwalk-type structure which provided a nice peak into the ecological activity in the marsh area – we saw a bunch of crabs scrambling about in the mud. The trail continued across the street onto the beach. Again VERY windy and there was a warning posted to not go swimming. Of course there was a surfer (it was very windy after all). “Hey, you aren’t supposed to go swimming its dangerous. You are not listening to the rules!” yelled Nazeriah a few times. Kaija was caught up in searching for shells; Chayton didn’t want to be put down but was very 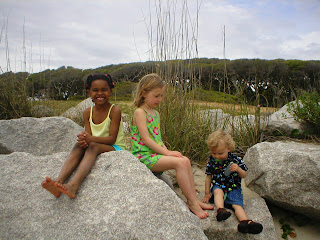 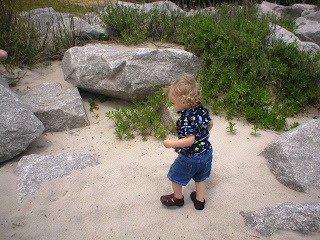 We soon got back into the car and headed home … for a swim in the pool! Chayton and I took a nap while the girls and Daddy went for another swim. After that we surprised the girls with a special treat for dinner – Chick-fil-a. How exciting! A little back-story, Kaija has wanted to go back to Chick-fil-a since she lost her second tooth in Georgia – that’s over a year ago. We stopped to eat dinner after leaving the Atlanta airport on the way to Big Grandma’s house. But, Ms. Kaija had a tooth that was about to come out, and she wouldn’t eat anything – not even the prospect of the elusive French fries and fried chicken nuggets OR ice cream would make her eat.

Kaija got her wish and Nazeriah was thrilled to play in the playhouse. BUT, neither girl wanted to eat their food … “It doesn’t taste good.” Well, now they tell us – as if Courtney and I picked this restaurant because we wanted to eat the food. They did all have fun in the playroom, and it was Kids Night – they had crafts, games and a magician roaming the tables. All in all, it was fun (and the milk shake was pretty delicious).

After dinner, the girls and Courtney went swimming (again) while I was putting Chayton down for the night. It was time for him to start sleeping in the pack-n-play. It took a little bit – but finally he went to sleep. I got in a few yoga-stretches before the girls and Daddy came back, then we all watched Dancing with the Stars before heading off to bed.
Posted by Unknown at 10:02 PM