Take a Left at Burger King 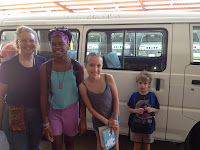 About direction you have to drive first to Liberia City; when you get to the main intersection you have to turn to the left (when you see the Burger King) and go ahead 5 kilometers on the Pan-American highway.

So begins all of our driving directions. There's something wrong with having Burger King as a national landmark, but it works.

Our taxi was here bright and early at 8:00am to take us to collect our rent-a-car. Hmm ... bus is a better description. Actually it was a 12 passenger, white van (manual transmission). Thank goodness Courtney is always up for a challenge. After figuring out which seatbelts actually worked, and making sure that the kids and I had our Sea Bands on (which are amazing) AND a motion sickness pill, we were off!

First stop - a four hour trip to Sana Elena to check into our hostel. That means two hours on a decent paved road and two hours on the bumpiest, steepiest, curviest road I have ever been on. You think driving on a dirt road is hard, now imagine on a road that is made entirely of rocks. Not the little pebbles that people in the states use for their driveways; but fist size (and bigger) rocks. A little bumpy. Especially in a van with shocks that felt like they were from 1995. Sitting in a jump seat. With no arm rest. Bodies just flying around. But the views were amazing!

We checked into our quaint little hostel (hippy-dippy as Courtney called it) Casa Tranquilo and left for a "short" drive to the next town, Monteverde, for a hike to the San Luis Waterfall. Courtney actually had to drive the van through two streams (on the rocky road) to get where the trail head was located. Which we found with no help from the Information Station whose sign read "abierto" but The door was locked and no one was home. Seems to be the norm at information centers. 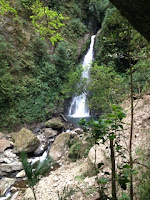 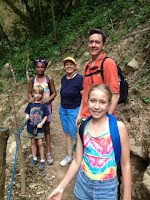 We got close enough to see the falls, but not close enough for our goal of swimming in them. A walk back and another drive out of the park and off to our Night Hike. (With a stop at a little corner market for a snack!)

The Night Hike was pretty cool, too. We were able to see a sleeping hummingbird! Among other things - but that was the neatest to me ... Okay, a large scorpion trying to eat a millipede is pretty cool, too. And the stars were out - which isn't the norm when you are in a Cloud Forrest. It was as if there was glitter sprinkled all over the sky. 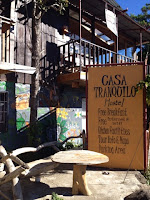 Then dinner and back to our hostel, very tired, very dusty - but not hungry! 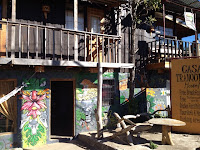 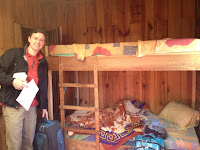 Tuesday morning came fast and bright. After a communal breakfast (and coffee) it was off to Selvatura! Today was full of zip lines, hanging bridges, and hummingbirds. The kids were AMAZING. Each one did all the zips - with excitement and a little nervousness, but no drama. Chayton took off on each zip first (with a guide because he weighs so little). Kaija and Nazeriah were able to do half of the zips by themselves; the longer ones they needed a guide with them.

We started out with 60 & 80 meters, but soon jumped to 500! And the last one was a whopping 1000 meters long. It truly felt like you were flying! I can't even think of the words to use to describe the feeling of sailing over the trees through the blue sky. 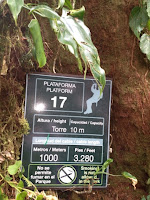 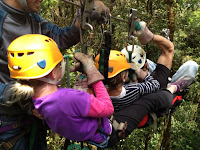 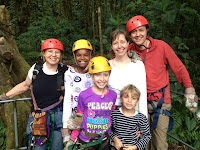 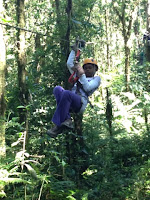 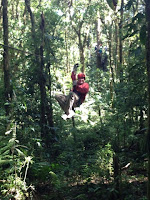 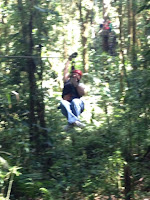 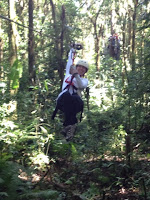 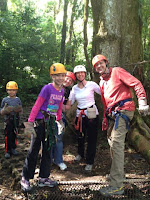 Then there were the hanging bridges - a few thousands of feet up in the air walking with the birds! And then the hummingbird garden ... Which was much smaller than I thought it would be, but perfect for the time we had before we needed to drive home. Courtney wanted to do the bumpiest part before it got dark and I agreed!
Posted by Unknown at 2:41 PM