Sydney (and Blue Mountains) in Review


I can't believe that I have a whole continent to catch-up on! But before I can tell you about Auckland ....

We arrived in Sydney early in the morning on Thu, Mar 22. Chayton and I made it until 2pm before we passed out and pretty much slept through until Friday morning. The girls and Courtney tried to stay up - but it only seemed to catch up with them later.

Our hostel was within walking distance of Darling Harbour and a great playground/watermark. This is where Chayton decided to go take a swim in one of the fountains. He recovered pretty quickly - and dried pretty fast, too.

The next day we headed over to Sydney Harbour Bridge, the Opera House and Royal Botanic Gardens; where we had a lovely tour of the New South Wales Governor's House. 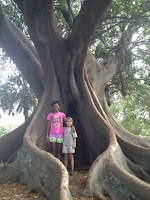 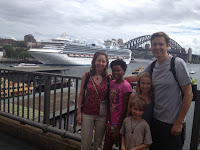 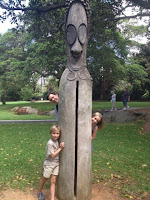 Our next stop was heading to the Blue Mountains and we stayed a a cute little YHA - super friendly people. 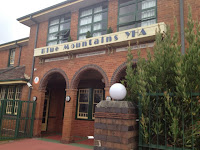 At the Blue Mountains we took in the sights around the Three Sisters and the Rainforest - we hiked, climbed stairs, rode a sky tram and a sky trolley, as well as saw Katoomba Falls and an old coal mine in the rainforest.