We are living outside of London central in a town called Chigwell - tube stop is Grange Hilll. It's about a 15 minute walk from our flat to the tube. And it seems to be about an hour ride on the tube, no matter where we want to go. Although it took us about an hour walking from the train to find the flat the first night!

On our walk we go past a small grocery, a synagogue, a few row houses with front gardens and through a lovely green park-like area. I really like seeing all the little daisies growing in the park; they are the ones with the long, white petals that have purple underneath - perfect for making daisy chains.

Our first foray into London was to the London Tower. It is much more massive in person! I tend to forget that it is more than just one tower, at times it was a little village within those walls.

The kids really got into it all - we picked up the "trail" or activity book and they each got a badge, or pin. The girls' read "Practicing Princess" and Chayton's read "Apprentice Knight."

Our Yeoman (or Beefeater's) Tour was quite fun - and funny. He gave us insight with a bit of humor into the history of the Tower. The White Tower was built by William the Conqueror to show his strength. After that, a few more buildings were added. One is the Chapel of St. Peter:

"Three queens of England; Anne Boleyn, Catherine Howard and Jane Grey, and the remains of two saints of the Roman Catholic Church, Sir Thomas More and John Fisher, are buried in the Chapel's environs."

The Queens were executed at the Tower and then buried there. It was an interesting feeling to imagine sitting/standing where all those historic people had been.
We walked up (and down) the White Tower where we saw their first bathroom (ahem, five story high port-a-potty - the kids liked that one) history on the Royal Mint and Royal Observatory; then Chayton had a blast looking at the dragon and the "Fit for a King" exhibit of swords and armor. Of course we checked out where the Royal Beasts were kept before being moved into the London Zoo in 1832. Did you know there were lions, monkeys, tigers, elephants, and a polar bear?
Not to be missed were the Crown Jewels and seeing the famous ravens. Did you know there are six Yeomen Guards charged with the keeping of the ravens - but there are only eight ravens to keep track of. Ever since Charles II there has been a superstition that if the ravens leave the tower will fall; so they make sure that the ravens are quite happy!
We also got to see our first bearskin hat soldier. That tickled Chayton! He still doesn't understand how they are able to not smile at all. He kept coming up with all sorts of different scenarios to question me with, "But what if ..." And can he keep the questions coming! 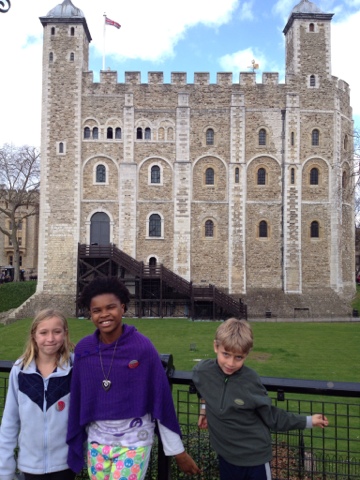 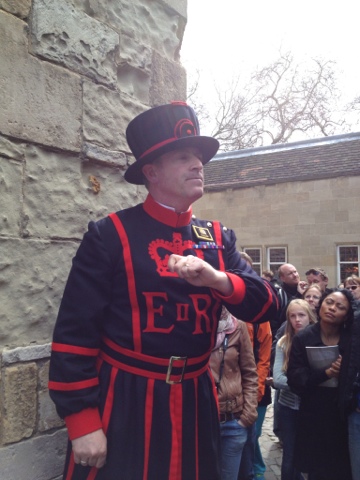 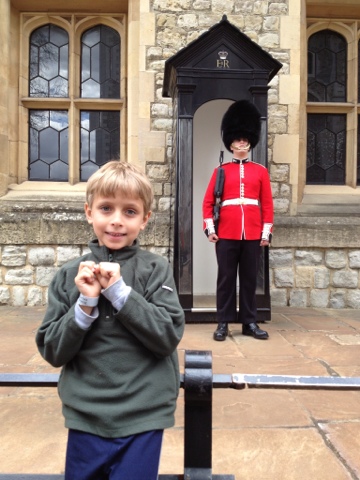 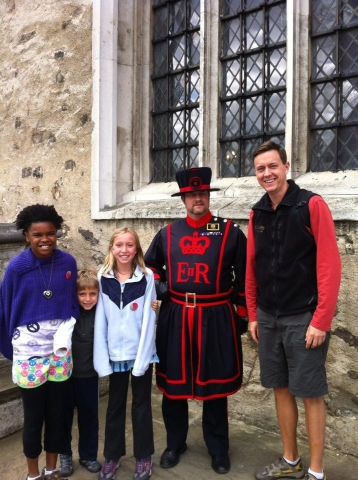 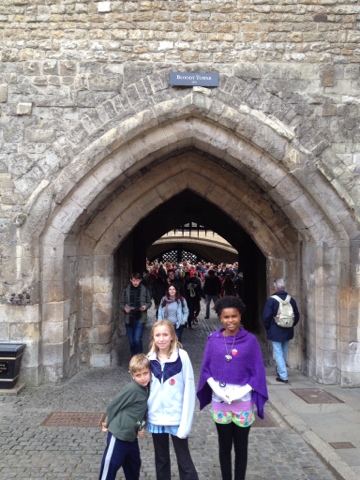 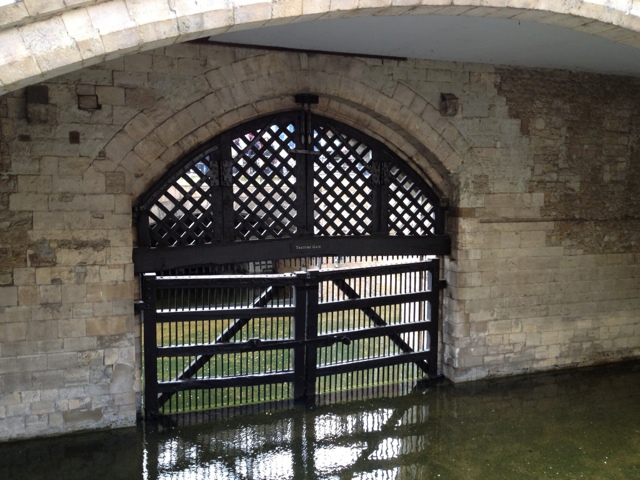