Out of everything in this city, can I just say their museum ROCKS!

Out of four days in Wellington, we were at the Museum three of those days. And not just for a few minutes - it was between 3-4 hours each time. Every time we left, Kaija actually started to cry because she wasn't ready to leave. By the second day we had learned of the Art Detectives and the kids were even more stoked.

There were so many cool things. Like the biggest giant squid that has ever been seen, embalmed and on display. The humongous whale skeleton hanging over your head. All the Discovery Centers that were located throughout the museum - devoted space for little hands to try things out. The whole level devoted to Social History - Maori, Pacific, European, and other communities; including a magnificently carved ancestral meeting house: Te Hono ki Hawaiki (the links back to Hawaiki). The exhibit Blood Earth Fire; all about the creation of New Zealand (Aotearoa - land of the long white cloud). Everything was so well done. The technology and thought behind each exhibit - I can't even imagine the creative process that it took to make it happen. There was such a combination of art, sculpture, etc mixed with technology (one of the wakas or boat/canoe had 3D people pop up onto the waka to tell the story - walking all around the boat, going inside, climbing poles - too cool) and history that it was just mind boggling. For the first time since leaving the JCC, I got a little excited thinking on how I could impact the marketing of the museum...

And did I mention that it was all free? Amazing, huh?

What wasn't free was the first place we stayed the night - ninety-one New Zealand dollars - for a glorified parking lot. And a small one at that. At least we had showers, toilets and an place to plug in.

However, that night we saw the most amazing stars. Kaija and I happened to glimpse a shooting star. At one point I thought it was an airplane because it was so big, so bright and lasted for so long. Then it burnt out. But it was so great to see.

While at Te Papa Courtney found out that we could park over-night in their parking area for only twenty-eight dollars. And we could glom onto the free WiFi from the museum, too. Plus, we were within walking distance to go back to the museum! Much better on the wallet, but we had a lot of traffic and busses going by - not the best night sleep.

Friday morning we headed over to the Beehive. No, not another honey tasting place (we are trying to not duplicate our sight-seeing adventures). But the offices for the members of Parliament and staff. Of course we took the tour of the Parliament buildings. Our tour guide Ben was fabulous - he and one other guy (Brent) make up the history committee for Parliament. So if the Prime Minster has a question regarding something that happened in 1905 at 2:00am in the morning, she rings him up! Needless to say, he had a lot of interesting stories and really knew his stuff.

On Saturday it was the Museum (of course) and then off to the Wellington Botanic Garden. Not only did we get to walk around the garden, but we got to take the Cable Car (from Cable Car Lane, of course) up the really step hill to the Botanic Garden - and down. On our way down, the operator let Chayton ring the bell (three times) at each station we passed. You should have seen his grin!

Sunday, after another stop at the Te Papa, we were off to boarding the InterIslanderFerry to go to the South Island. We had to be in line an hour before boarding. So to pass the time we all crowded into the back bed (king size!) and started watching a movie (The Muppets Treasure Island, if you are interested. Tim Curry was great. Of course Kermie and Piggy ruled, too).

It was cool finally driving the Camper Van onto the ship. The bottom level was for train freight; the second level was for cars, camper vans, semi-trucks, the third and fourth level were indoor seating - play area, souvenir store, cafe, the fourth no fifth level had outdoor observation areas. Chayton made some new friends and stayed at the play area for almost the whole time. He's our motion sickness boy, but he did the best out of all of us! We all headed out to the top for a bit. However, since hitting Wellington the weather has definitely turned into autumn-like weather. It was windy, cold, with a little rain. We didn't stay out there for too long. The ferry had to pass through the Cook Straight, which I later read is one of the choppiness and harder places to navigate in the world. No wonder we were all a little unsteady.

We landed in Picton, South Island around 5:30pm and headed to a free camping spot. This time it didn't take us that long to find it (and no windy one-car mountain roads or one-lane bridges to cross over first). 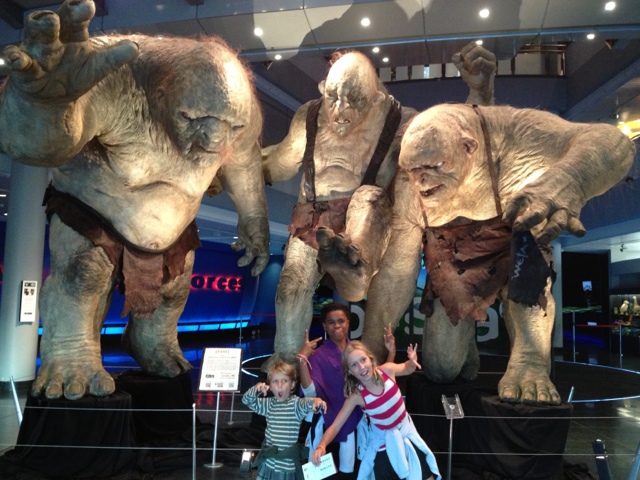 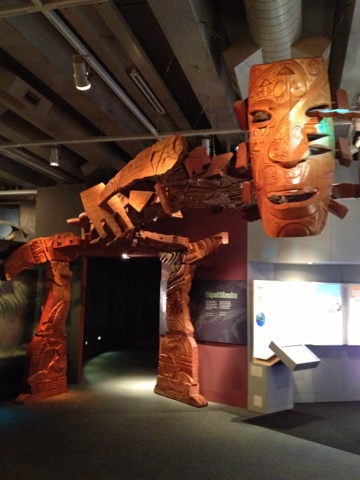 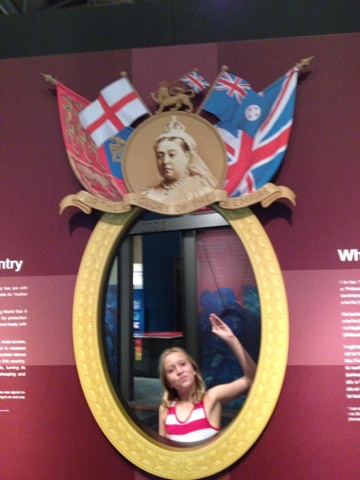 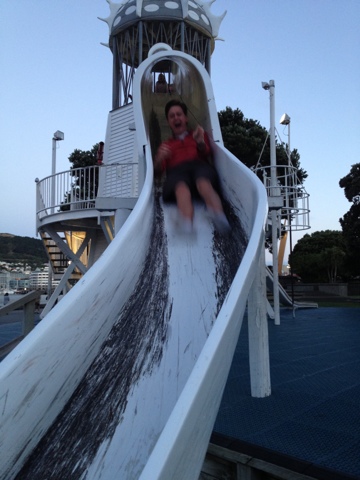 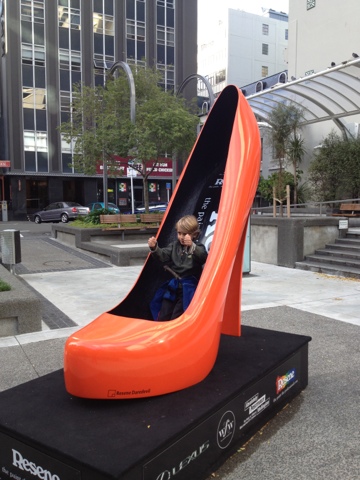 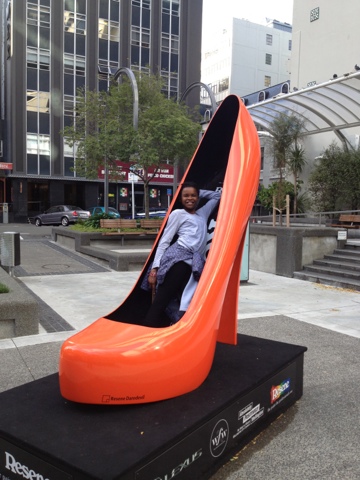