I didn't realize that you would get to see Big Ben right out of the tube station - but you can. We stepped out and got to hear the 11:45am chime. Pretty cool.

The weather is beautiful! Blue skies with just a few wispy clouds. Not at all what I had the kids ready for; but I am not knocking it. After walking a little on the bridge to get a better picture of Ben and a look at the rest of Parliament we headed over to Westminster Abbey. (Nazeriah keeps calling it West-Minister Abbey.) 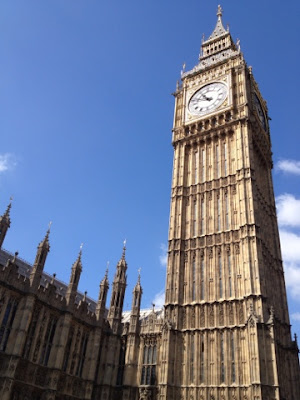 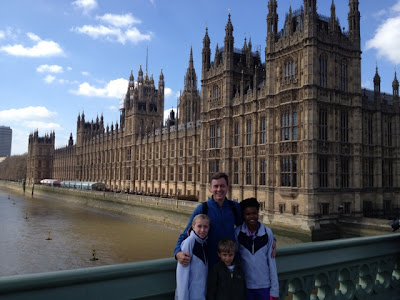 Westminster Abbey is very overwhelming - in size and scope a well as the number of people who were visiting. The kids were really into the audio guide (with Chayton and Kaija getting upset when we tried to skip a number). Of course we did the "trail" or activity book. We only needed help once, in the Poets' Corner, in finding things. A nice docent pointed us in the right direction.

What was really cool was seeing a fairly "new" wall mural that was just discovered about five years ago and dating around 500 years old. Believe it or not - you could walk up and touch it!

The kids got a kick out of imagining Will and Kate being married at Westminster (okay, mainly Naziah and I) and how the Queen was crowned there (since we had just seen her crown and a short movie about it at the Tower of London yesterday, it really connected). 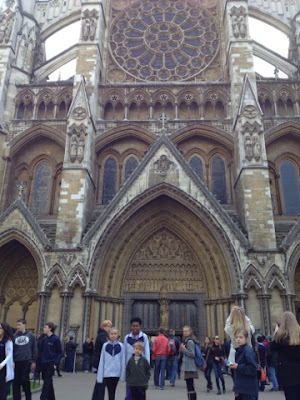 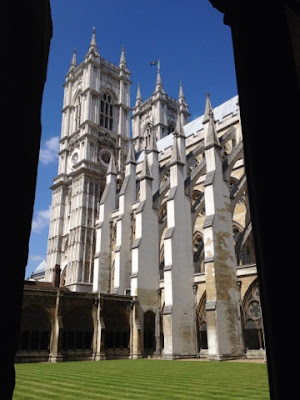 Then it was time to eat ... again - we took lunch at a small park situated close by Westminster Palace with Big Ben in the background. After that it was off to our Thames River cruise. 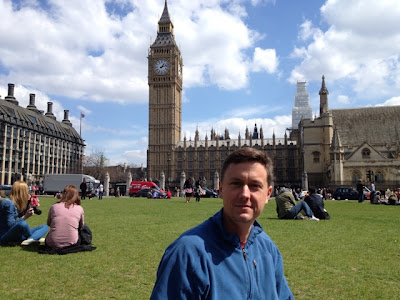 We got on the boat at Westminster Pier and road it all the way down the Thames to Greenwich were we got off. And guess what - no one got sick! It was neat to see the landmarks from this side, including how people would come up to the Traitors Gate at the Tower. Chayton enjoyed seeing the two "pirate" ships that we passed. 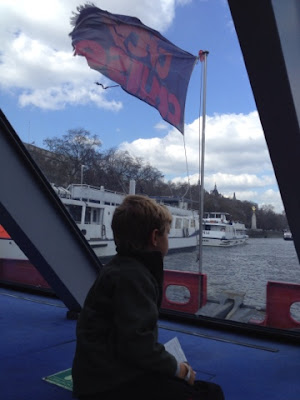 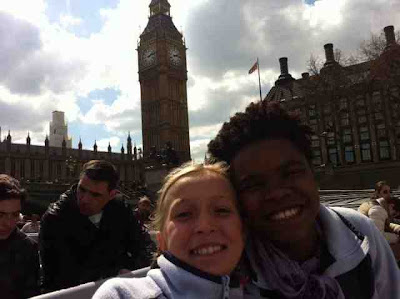 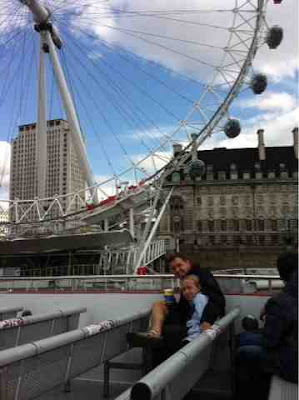 At Greenwich we walked all the way up to the Royal Observatory and stood on the Prime Meridian for the World. After that we took a nice walk down to the National Maritime Museum where the kids were able to collect "Compass Points" from different exhibits. At the end of our time (we only had thirty minutes until closing) the kids scanned their Compass Points into a computer to receive even more stories about what they had seen. The only downside was that they were sad to only have four out of the fourteen!

Of course the dinner time hungries had started to overtake us (people started getting grumpy), so it was time for a special treat - eating out! Believe it or not we found a Mexican restaurant, Cafe Sol, and had a nice dinner. It wasn't as good as the Mexican restaurants in the States, but we were hungry, it was warm, nicely decorated, and the service was good.

After dinner we caught the Tube for our longest ride home yet. I think we made it home by 10:00pm. Chayton fell asleep on the train and we had to carry him for the walk to our flat. The girls were amazing - not a single grumpy word about being tired and having to walk home. They are all turning into great travelers! 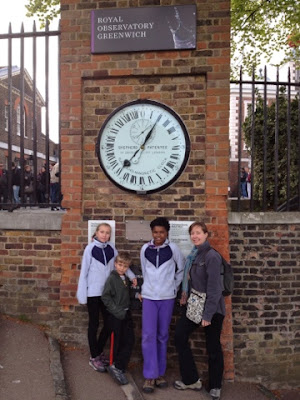 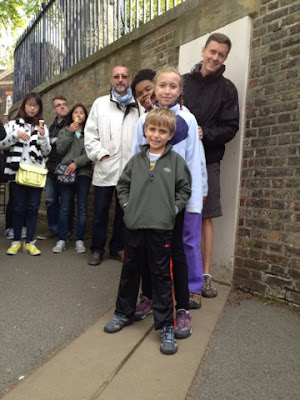