Today we all got up a little later ... the kids waited until 6:00am. After breakfast we headed into London to see the changing of the guard at Buckingham Palace.

It takes us about an hour on the Tube to get in to the main sights of London; so we got to Buckingham Palace around 10:45am. All the good spots by the gate right outside the palace were taken and so was the spot by the Victoria memorial. But we did get a good side-street view right at the railings. We watched the main guard march down to the Place from far-off, but after a short break (and eating lunch on the green) we got to see the band march right past us. It was pretty cool. 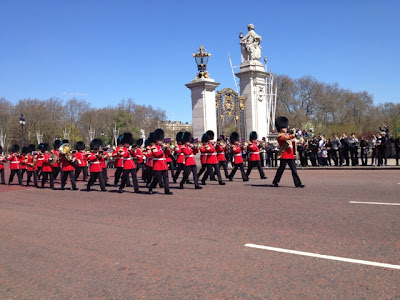 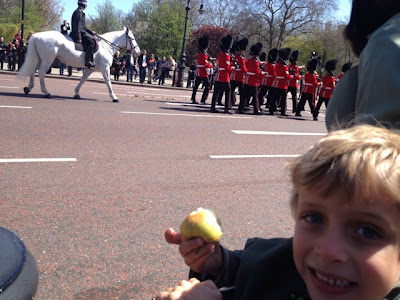 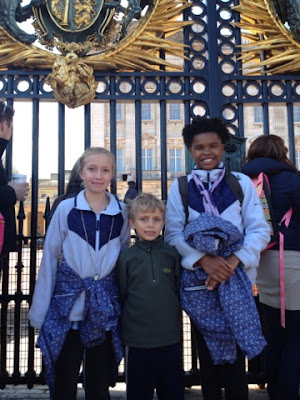 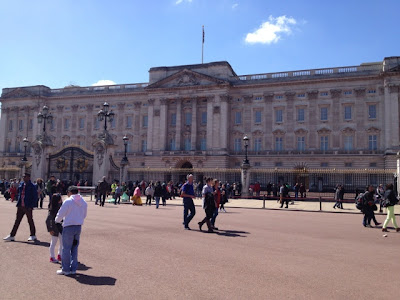 After a brief peek through the gates we set off through Green Park to get to Hyde Park and then onto Kensington Palace. Hyde Park is big, beautiful and green. It was a lovely stroll. Of course we found a playground! While the kids ran around and blew off some of their wiggles Courtney and I had a special treat - coffee!

We've turned into tea drinkers at home, because it is so much easier to make a good cup of tea than a cup of coffee made from powder or granules. It's the little things like your coffeemaker that you miss! Most of our "homes" have been pretty well equipped (just not this one in London). But even with that, it isn't like your kitchen at home with all the little gadgets and spices that you've collected over the years. 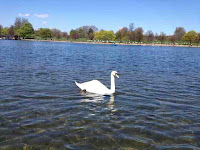 We all agreed that Kensington Palace was a much more comfortable looking place to live than Buckingham. We'd take it, if offered.

Once again, all the exhibits were really well done. Interactive enough to keep three kids happy and interesting enough for the adults. Chayton was even interviewed (and got) a royal job as Keeper of the Royal Beasts (the animals kept in the Tower of London).

He was asked questions by a clerk and had to demonstrate his keen eyesight, hearing and his strength with Courtier Dan. Chayton got such a kick out of this; as well as all the other tourists who walked into the room. It was quite a show. Too bad the girls were to embarrassed to try out for a job. The clerk took care of that and told Chayton that they were his servants. I think the girls rather wished that they interviewed for their own job. 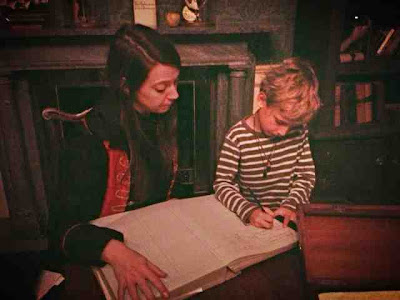 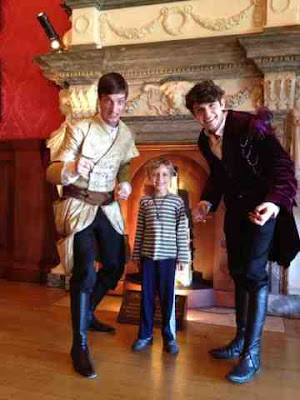 Right after Chayton started earning his keep, the girls and I walked outside to meet our friend from the JCC - Carly. She, her husband, and the cutest little boy ever (Sammy) are living in London. It was great to be able to catch up with her. Carly and I worked together at the JCC and the kids knew her through camp and the afterschool program. We were lucky to spend some time with her before she headed to Boston for a short holiday.

Carly took us to an amazing playground - the Diana, Princess of Wales' Memorial Playground. All three kids enjoyed it. But the best was with them occupied I actually got to talk with Carly! 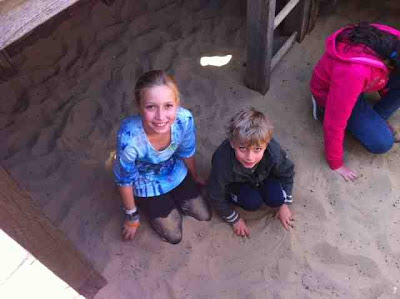 Eventually, Sammy had to go home. That's when we headed over to Paddington Station so I could see the Paddington Bear statue. 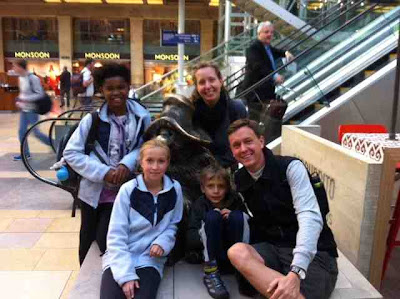 I even recieved a special treat - picking out my own Paddington Bear. I had one when I was much younger - Paddington was almost the same size that I was; I was able to wear his wellies! I also downloaded the first Paddington Bear book so that I could start reading with the kids and they could love Paddington as much as I do.

Once agin, the day got away from us and it was around six o'clock ... Time to definitely find something to eat. So another treat of eating out before we all hit the low energy grumpies. Tonight it was Garfunkel's with a "wonderfully eclectic mix of British and international cuisine." Definitely a treat for us. We calculated that with what we spent on dinner we would be able to by three meals for three days at the grocery store.

Nazeriah and I were able to have some British fish and chips and compare them to the ones we ate in Auckland. Kaija asked for the salad bar (wow) to go with her meal! Everything was scrumptious, but Nazeriah and I agreed that we needed to try take-away fish and chips to really compare with those we ate in Auckland. So that just means we get another treat soon!
Posted by Unknown at 9:23 AM