Harry Potter at WB Studios (8 May)

On to Harry Potter! We made it to the WB Studios on Wednesday and all five kids had fun.

When you walk into the studio entrance you are greeted by humongous photos of the stars: Harry, Hermione, and Ron from the first movie (they were so tiny), Sirius, Bellatrix, Snape, Dumbledore, et al. You could just spend 15 minutes looking around the walls examining the photos. We were a bit early for our tickets so took a quick turn around the gift shop - so many neat things! But soon it was time to get in line to see the real sights.

After a quick movie, sitting in movie style seats, the screen is raised and you see the Great Hall doors and enter just like the first years.

The Great Hall was a complete set. The only thing missing was the ceiling. (They put those special effects in later with computers.) But it did seem a trifle smaller than how it looks on screen. Movie magic I guess. 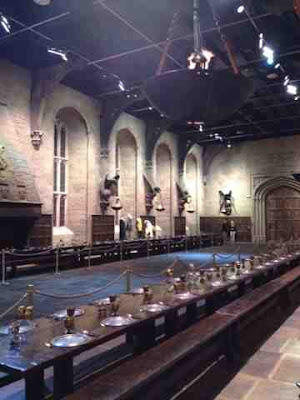 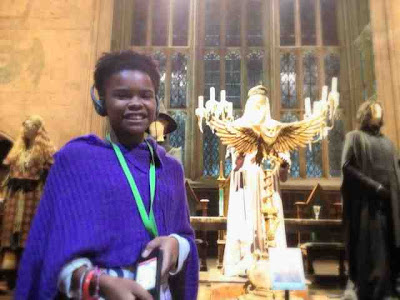 Once we were done looking around we turned the corner and were off to see other artifacts from all the movies. 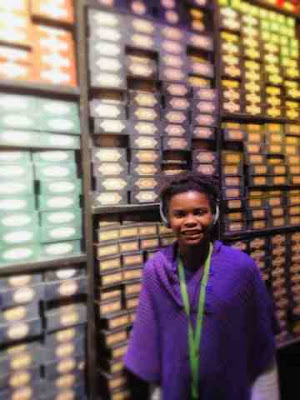 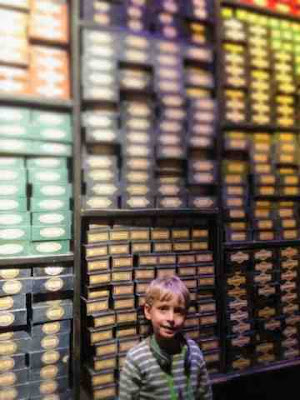