We woke up and it was a rainy day in Paris. After breakfast we hoped on our bus and once again we were back at the Opera - this  time for our tour. It is quite a beautiful building.
Did you know that the common people, aka poor people, had to enter the Opera through a certain doorway three hours before the show began? Not only that, but they had to sit in the very top balconies and wait on hard wooden sits for those three hours. Next came the more affluent people. Again, a different doorway, but they only had to wait an hour or two. Next came the Subscribers, aka the rich people. They got to enter through the main, very fancy, doorway and up the steps you see below, to sit in the main seats. They didn't have to arrive until 20-30 minutes before the show.  The Emperor and Empress could arrive 10 minutes before the show through their special doorway that they could only use and sit in their private boxes.
The ironic thing is, the seats might be more comfortable the richer you were, but the sound was much more beautiful the higher you went. So the poorest seats had the best sound. Their seats became known as the paradise seats because the music sounded like paradise. The upper class didn't like the way that sounded. After a while they started calling that area the Chicken Coup and the name stuck. It might have a bad name - but it still has the best sound! 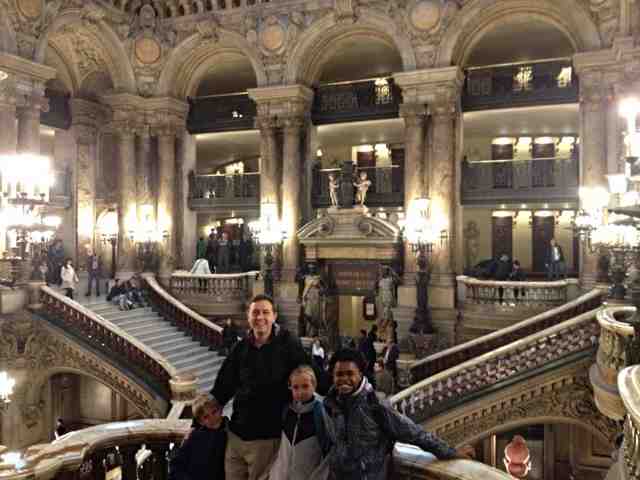 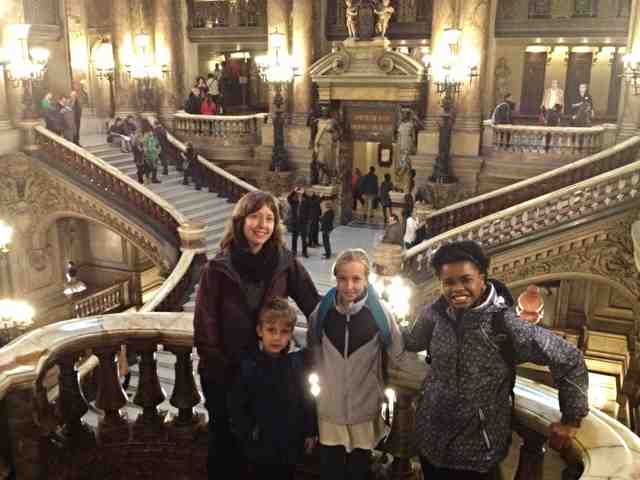 I loved the ceiling mural that was painted by Marc Chagall. Not everyone in Paris agreed with having Chagall paint it. Love it or hate it, the populace starting to come to the Opera just so they could either rave or complain about the ceiling. Attendance was up! 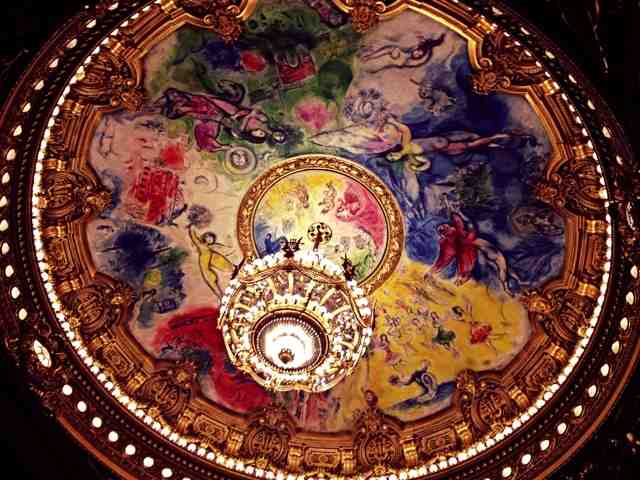 Next up we walked through the Grand Foyer. Now this was excess in overdrive. But get this: only the men were allowed in during intermission. Actually, the women weren't allowed out of their seating area at all until the show was over - and these shows would go anywhere from four to six hours!  Remember when the poor people had to arrive three hours later? Add that onto the total time for the show. (And there aren't any bathrooms in the part of the building, either.)
But, leave it to a Queen of Spain. She was visiting Paris and went to the Opera. At intermission all the men left and the women stayed. However, she was not going to stay put. Out she walked to the Grand Foyer with a long line of women following behind. Since that day women have been allowed into the Foyer. 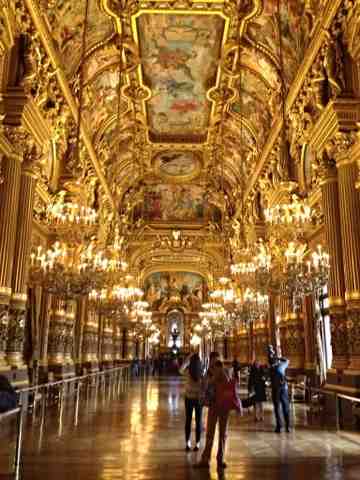 Next up, the library! Oh to the books! 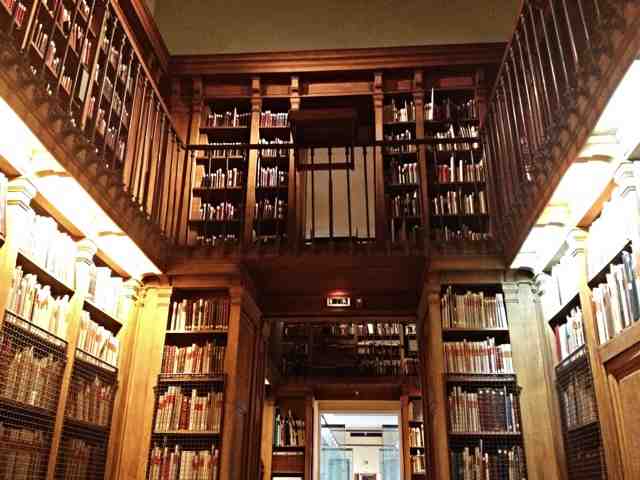 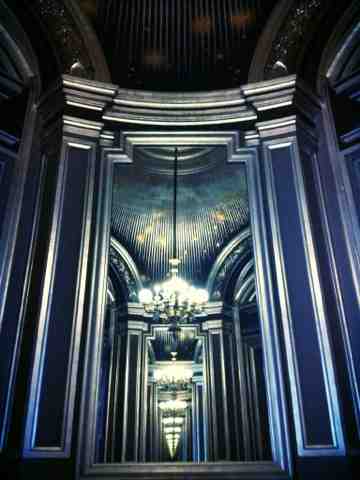 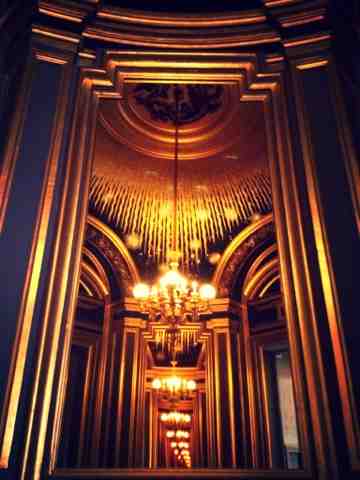 Our appetites got the better of us and as soon as the tour was over we found a bench to sit down to eat. It was still raining, so we had to eat inside on one of the fancy marble benches with all these statues around us.
Nazeriah really wanted to see some Paris fashion, so after lunch we headed over to the Galeries Lafayette.  It was a bit overwhelming. I think it has to be the largest mall that I have ever been in. Courtney had Nazeriah try on a red Armani raincoat. Oo la la! 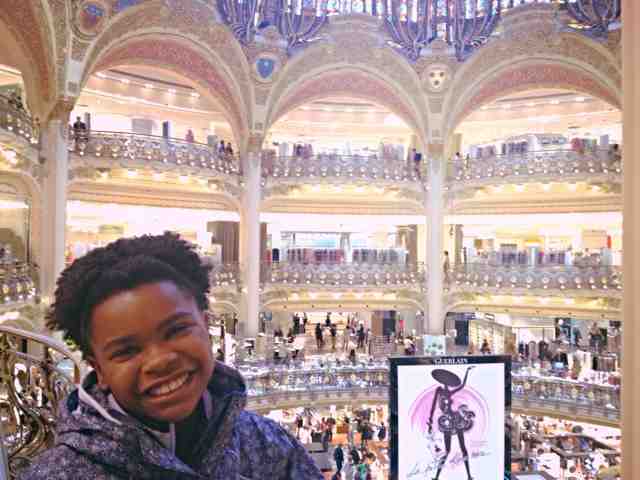 After that we surprised the kids with their own Paris fashion - berets! 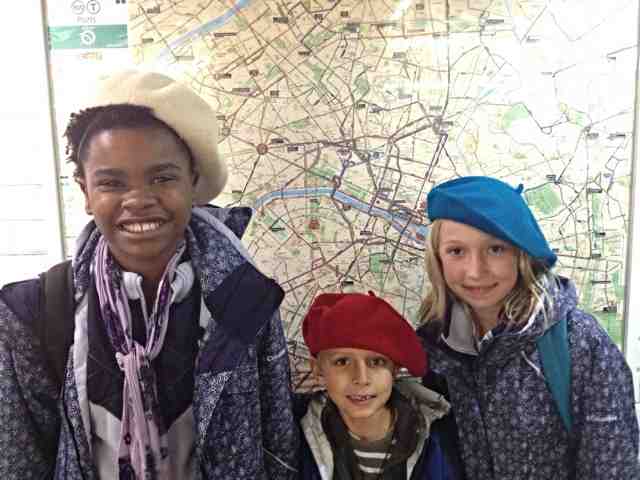 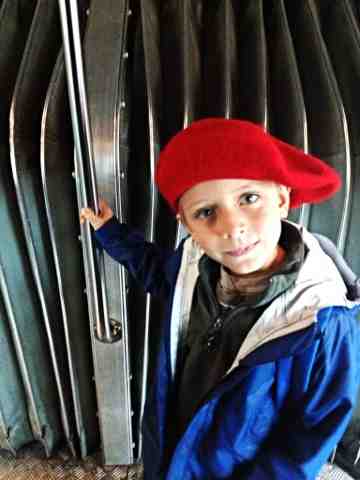 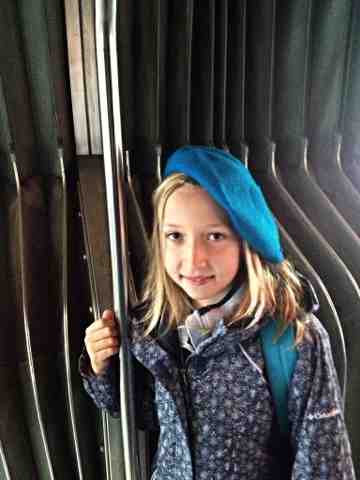 After that it was really raining and time to head home.
Posted by Unknown at 4:29 AM