Our place in Spoleto was an hour and a half train ride to Rome. Yes, we got on the right train and it really only took us an hour and a half to get there!
Roma is just as amazing and busy as you have read/been told about. It was a blazing hot day and the drivers in Rome are the most impatient that we have come across (in some places in the city, there seemed to be eight unmarked lanes of traffic going around the roundabout - not even the traffic police standing in the middle could seem to make any sense out of it).
Once we left the train station we headed to the Hop-On Hop-Off bus and made a full circuit around the town, finally getting off at the Coliseum on the second go-around. 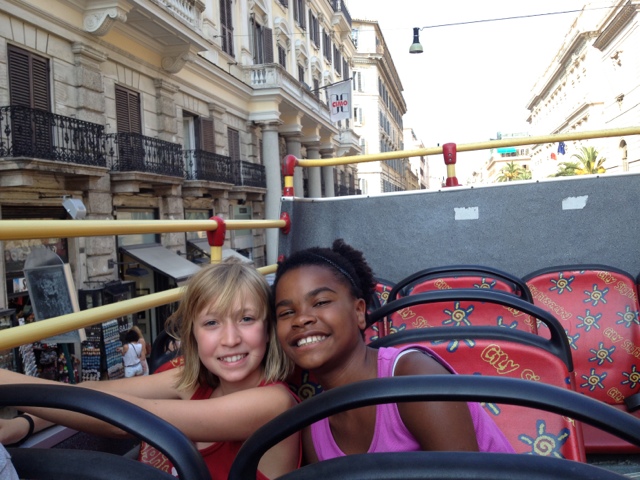 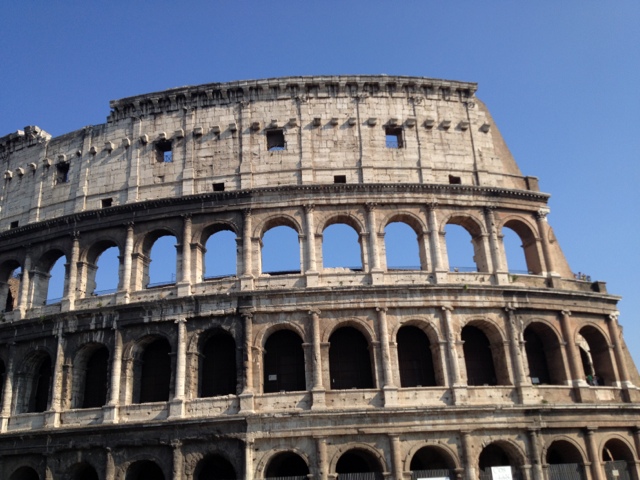 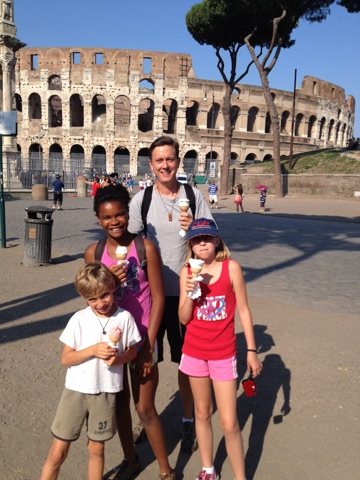 Our plan for the afternoon was to just wander and see what we could discover First important find: gelato! It was a welcome reprieve from the heat. Next up, wandering around some ancient buildings and ruins.
Of course, we met our obligatory furry friend ... and a gladiator. 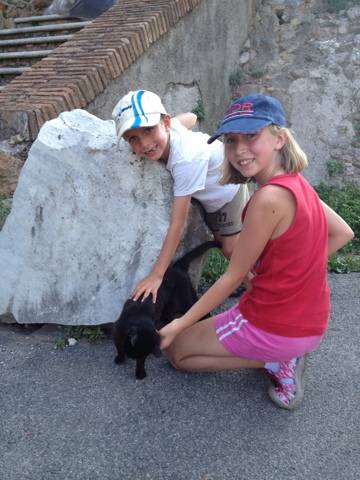 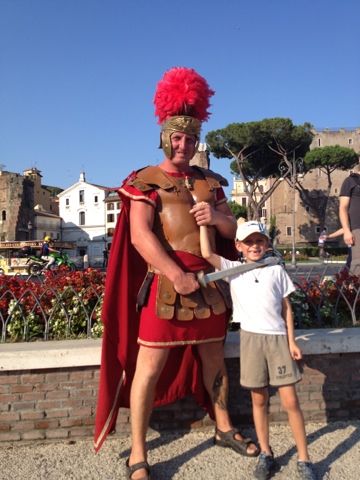 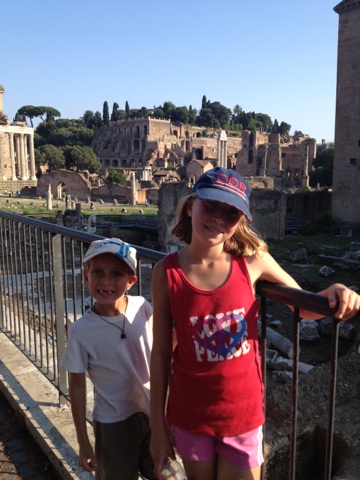 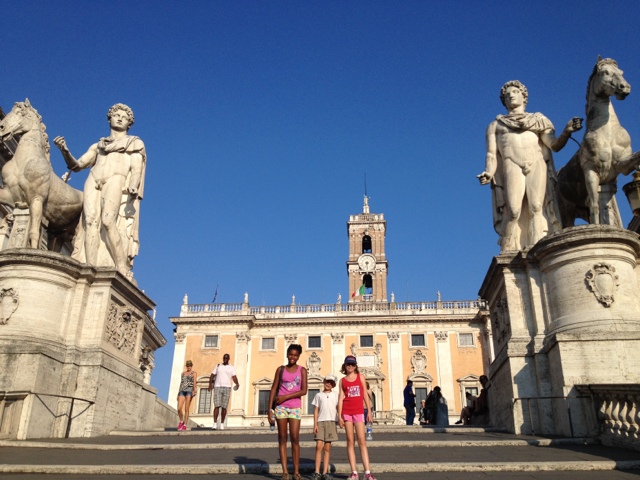 Chayton even discovered a hidden, magical water fountain that only sprayed while we were there - public bathrooms are a little hard to come by in Rome.
Some more wandering and it was time to find our bus again and go in search of dinner. 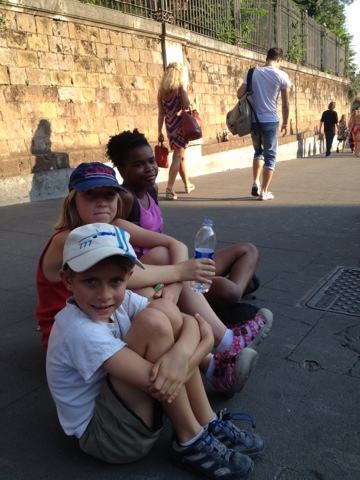 It was a long wait in the hot sun. The freh water fountains around Rome were very helpful as we were able to splash our faces and refill or water bottles. We rode the bus to stop number 8 and hopped off the Hop-On Hop-Off bus to walk to our hotel. And then on to dinner.
We found a cute restaurant in the area near the Trevi Fountain. 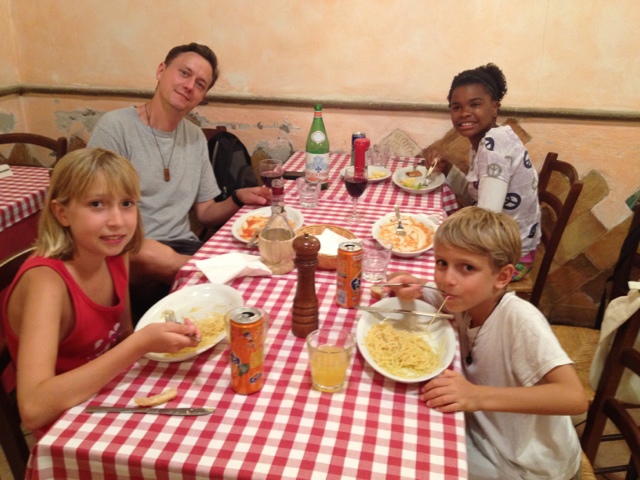 Of course our after-dinner walk to us to the Trevi Fountain. Then it was off to bed - we had an early appointment: 9:15am at the Vatican! 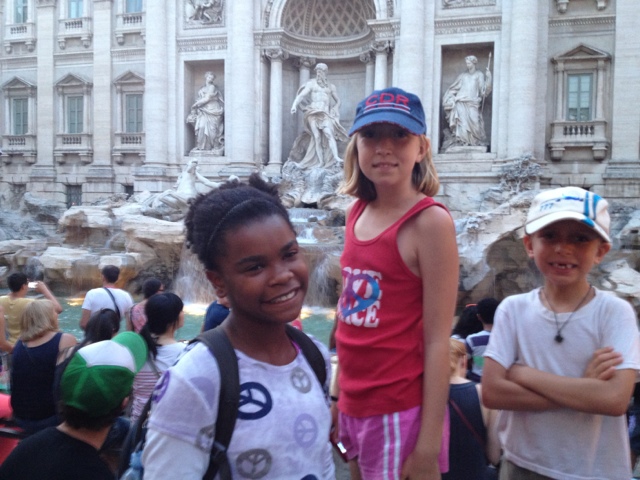 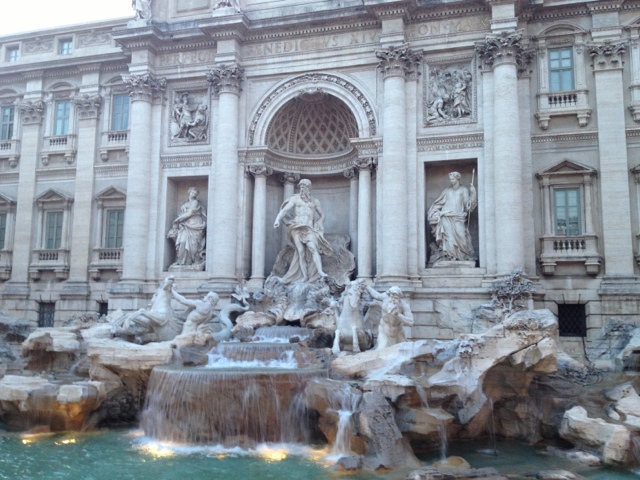 We are learning that sometimes you just need a really good guide to tell you all the secrets. So we booked a tour with When in Rome Tours and Ciara was just that guide to tell us the juicy details. Chayton was right up front with Ciara the whole time - she started calling him "her little angel" and "her gladiator." She loved the idea that the kids could touch the history and in that way remember - so was always on the lookout for a lion statue that they could get their hand stuck in it's mouth or pick it's nose. 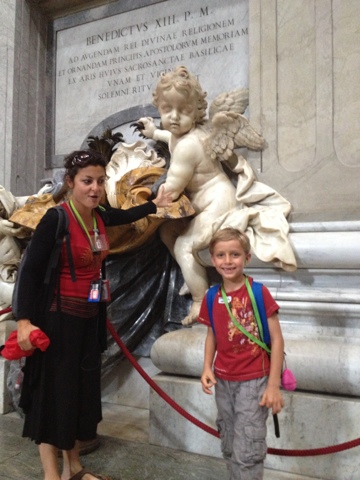 So ... the Vatican isHUGE. Eleven museums, plus the Sistine Chapel, St. Peter's Basilica and who knows what else behinds those walls. And there is a lot of people around. "The Sea of Humanity" as Ciara called it - "Be careful or the Sea of Humanity will crush you." Was told to quite a number of touristwho stopped  in front of her in the middle of the walkway or doorway.
Being on the tour allowed us to walk right into the Vatican with only a ten minute wait - there were hundreds of other people waiting out front in the hot sun hoping to get in within the next hour or two.
And then it was onto the antiquities ...
The Laocoon, found in 1506 that influenced the sculpture of the Renaissance. 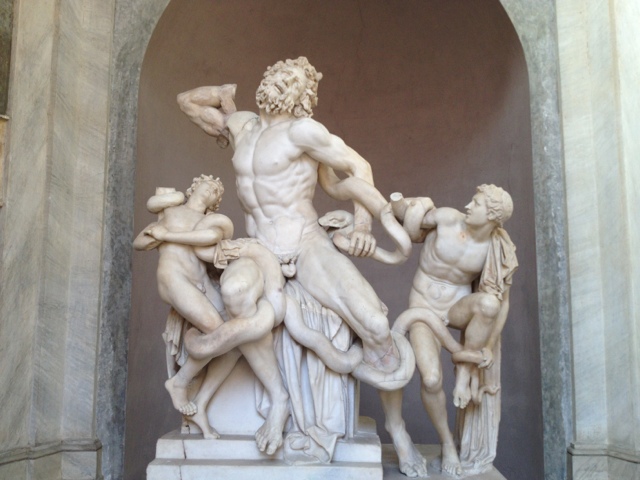 The tapestry of Christ - his eyes follow you as you walk along. 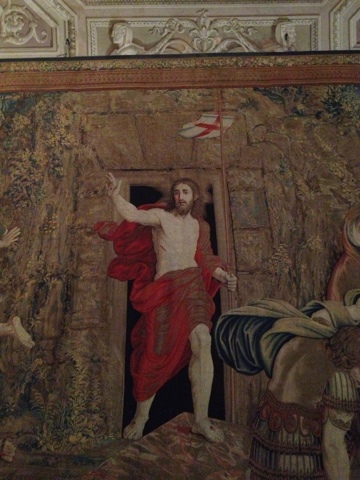 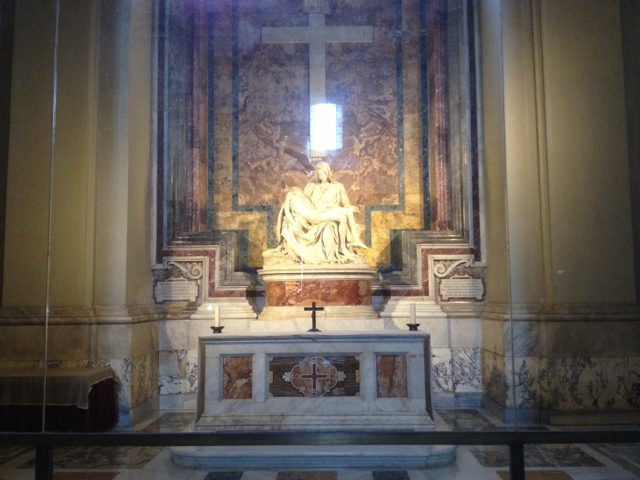 The Sistine Chapel ... so much smaller than I had thought, but even more amazing. Unfortunately all you have as you leave are your memories - no photos allowed.
The Basilica, where we rubbed St. Peter's foot, and the Vatacombs. And there was much more that we didn't have time even after three hours to catch a glimpse of. 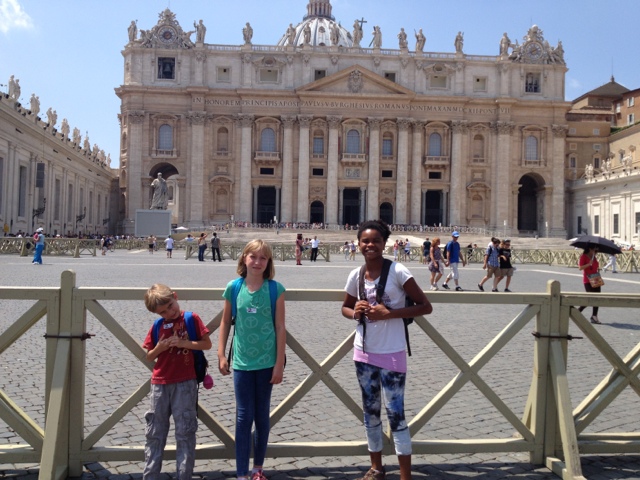 We had just enough energy to go find lunch. Then it was time to catch our train to go back to Spoleto. 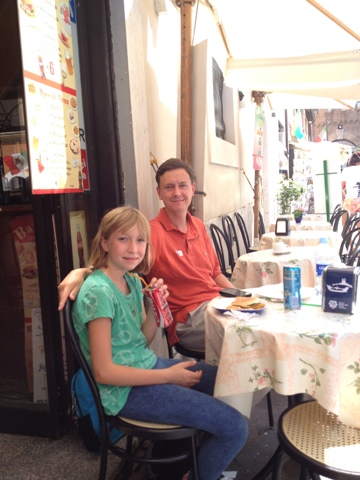 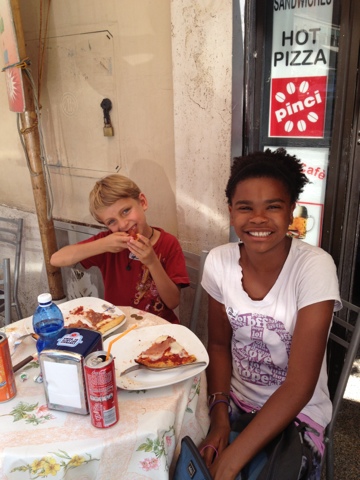