Of Soccer, the ER and Kitty Litter

So much for my next blog post going on about our wonderful time on Cumberland Island - but this is a reminder of how life gets to be, well, life.

Falling back into "normal" schedules has seemed to be a bit hard for me this week (yes, it is only Wednesday - but it feels later). Having to get up and be responsible can be such a drag.

Chayton had a great time at soccer last night ... until he was tripped and really, really bonked his head on the ground followed by two more boys collapsing on top of him, hitting his head again. Ouch. You know it's bad when he walks off the field - this boy usually just picks up and gets back into the game.

No cuts, lumps, bumps or bruises, just blurry vision, headache and stomach ache with nausea. The vision seemed to clear itself up - but the head/stomach ache and nausea wouldn't go away. So after a call to Courtney, a call to the 24/7 nurse and a call to Kaija - off we went to the ER.

It wasn't a busy time at the ER - but it wasn't slow, either. After three hours we were sent home. He got a good knock on the noggin - but seems to be okay. Phew.

Of course, this was now 10:30pm. Chayton and the girls were such troopers, though. 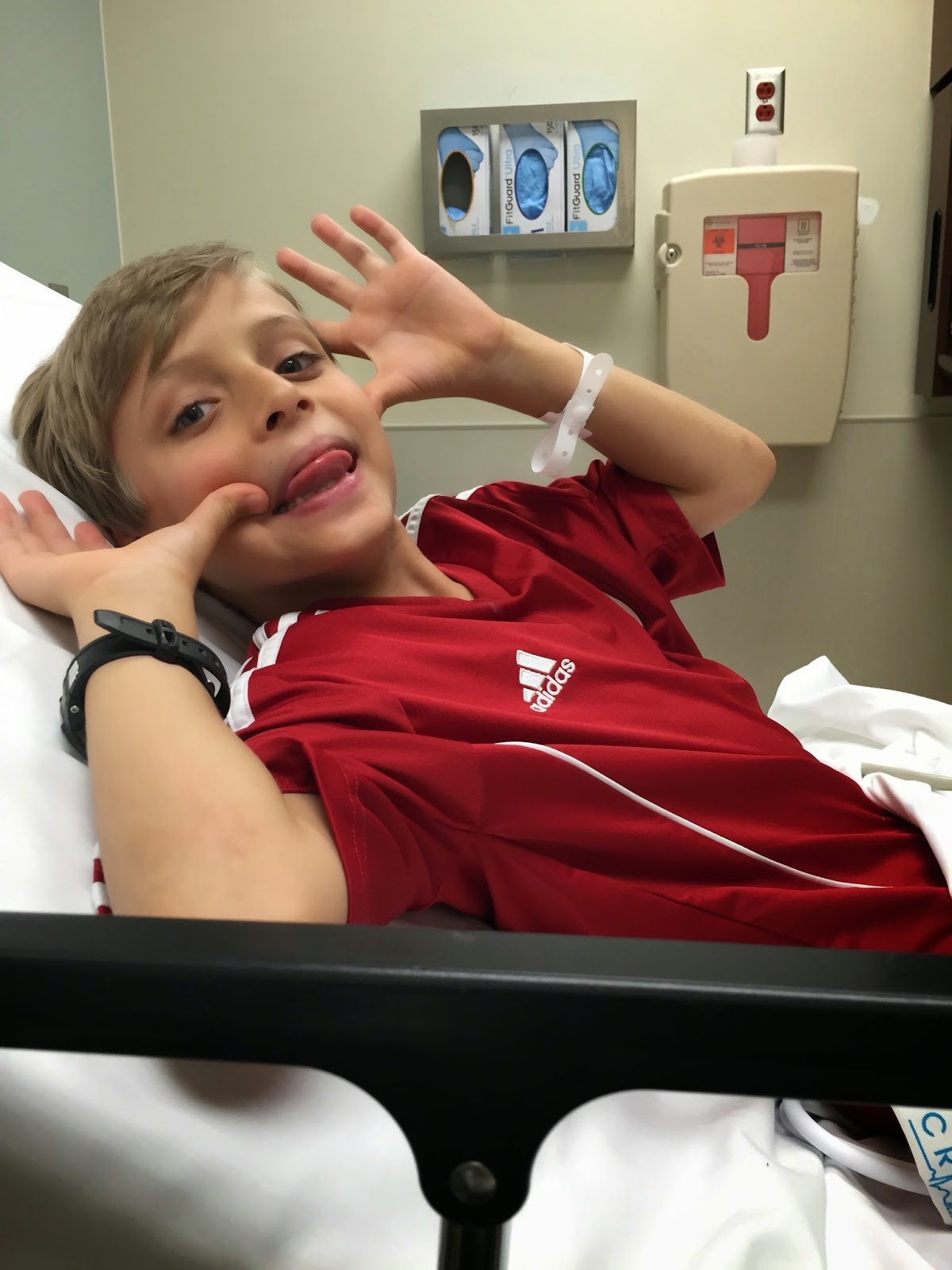 Even with his stomach growling with hunger (he couldn't eat until given the a-okay) Chayton kept up his good spirits and understanding.

The girls were holding down the fort at home. They even cleaned  up the kitchen and gotten ready for bed - without any major arguments breaking out.

And that leads us to ... kitty litter.

We had a bit of clean kitty litter stored in two plastic grocery bags (just go with it - story unto itself) next to the real bags of litter. The cats had seemed to be fine with the bags and for the last couple of days hadn't even touched them. Until last night.

All was nice and quiet at the house for most of the time I was gone. Except at one point where there came a great commotion from down the hall. Which of course starts to freak out the girls resting in their room. Bravely Kaija left the safe confines of their room to see what was going on.

For whatever reason, Emma decided that she needed to use the kitty litter in those bags and not in the two litter boxes that are open for her enjoyment. Then it seems Cari decided (as any good older sister would) to proceed to tell Emma that she was making a bad decision. Read between the lines - cat fight in the now ripped grocery bag of kitty litter strewn across the floor. Sigh.

Kudos for Kaija for picking it up and sending me this picture - which is just a small snapshot of the mess. 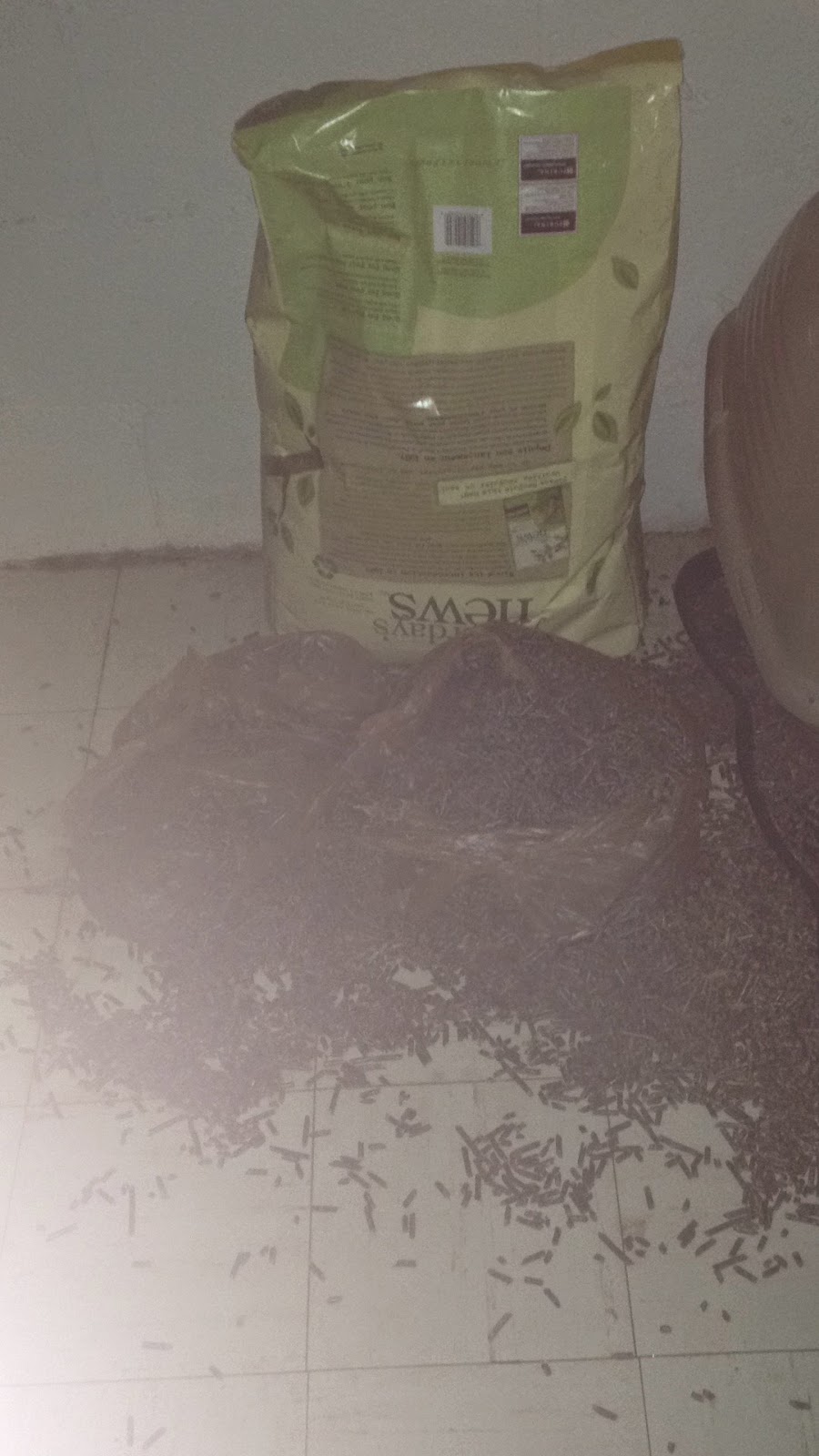 And here's to the reminder that life is messy ... but good.