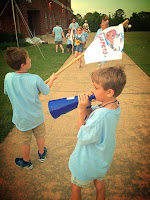 Is amazing! It's a week-long camp for Cub Scouts that happens after (normal) work hours. So, from 6pm-9pm you and your Cub Scout get to play! Just the right amount of time and not during the hot Georgia sun.

What made it even better, Coutney was able to manage his travel schedule so he was there. We still split the time, so I could have some fun, too.

Chayton did awesome. Because of our summer plans, he couldn't go to the camp that was in his Cub Scout district.

Luckily, there is another district close by and their camp timing worked with our timing. That meant Chayton was hanging out with all new scout friends. Do you think that dampened his scout spirit? Not at all! 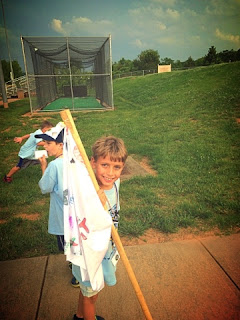 This year's theme was Star Wars and Chayton had the best Den Leader there. She decorated their "home" table, created a great den chant and dressed up. 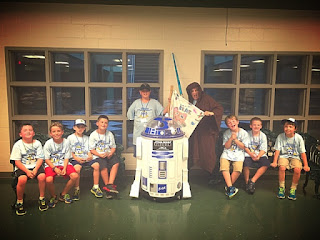 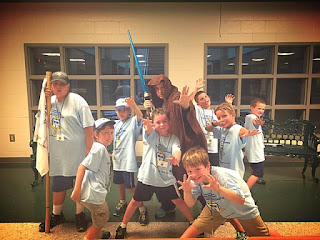 By the second night, Chayton had thought to bring his megaphone and was the song leader for his den. Everyone knew when the Bear Troopers walked by. 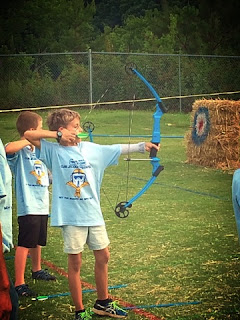 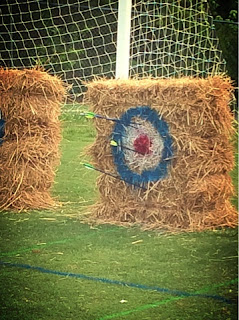 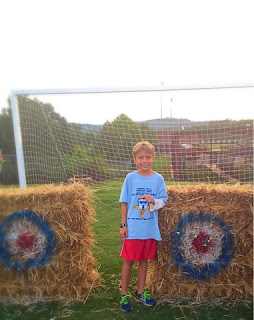 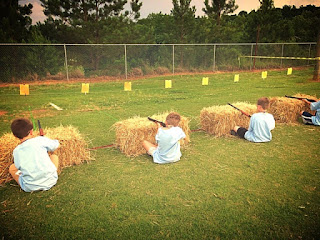 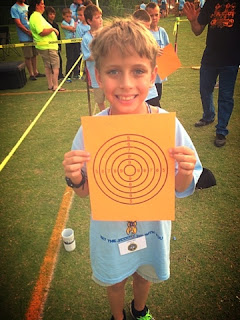 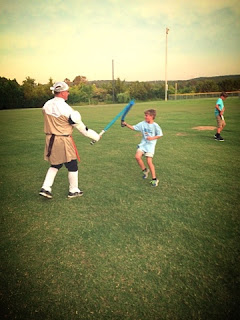 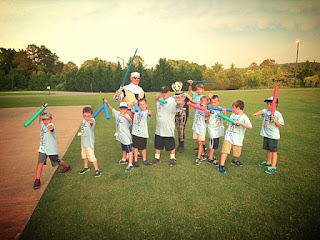 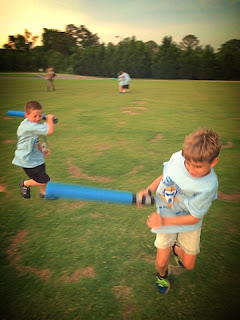 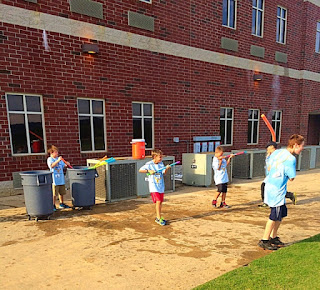 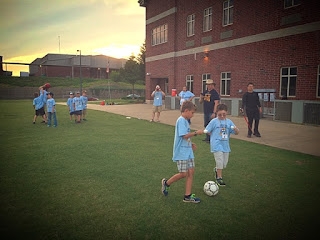 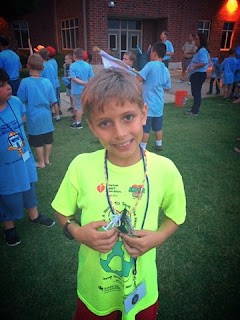 The second night it was for den song leader. 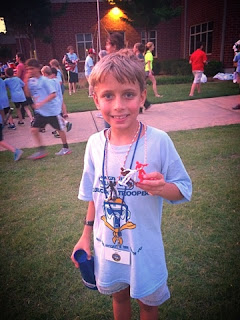 The third he was a "good egg" (sportsmanship for the camp). 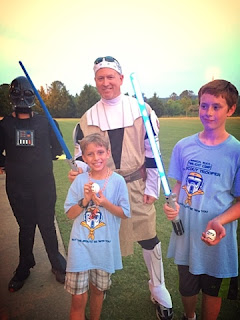 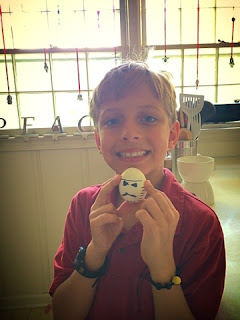 The fourth night an art award for the camp - showing enthusiasm and listening skills. 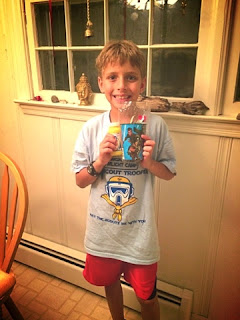 The last night was a family night dinner 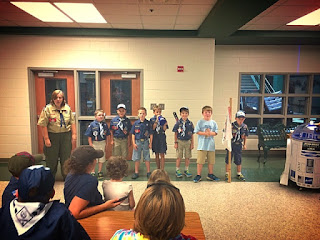 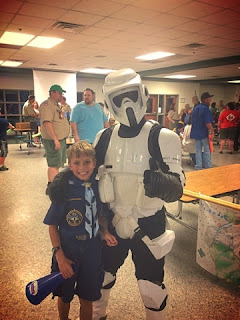 Definitely a keeper camp.
Posted by Melissa M. at 5:30 AM