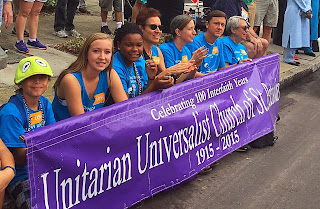 Catching up! It was a busy and fulfilling MLK Jr Day.

It began VERY early for Courtney and Sabine, as they were in charge of the first MLK Jr breakfast for our neighbors who are hungry at the Unitarian Universalist Church of St. Petersburg. Courtney and Sabine organized our UUCM volunteers, food preparation and service for 90+ people that morning!

At the breakfast, we were able to also celebrate the grant that Sabine spearheaded to purchase much-needed equipment for the weekly Friday night picnic for the hungry.

But first - it involved cooking  ALOT of bacon that weekend ... and making goodie bags for the parade. 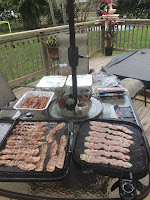 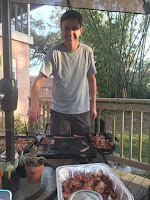 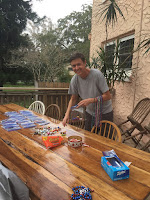 Lots of cooks in the kitchen! And wonderful volunteers. 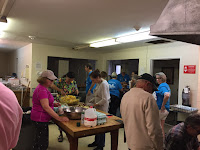 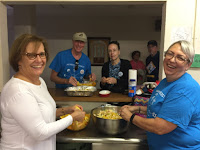 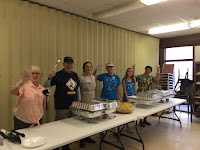 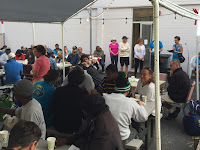 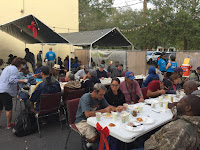 After the breakfast was cleaned up, we moved into the second part of the day: marching in the MLK Jr Parade! I didn't realize just how many people would be lining the parade route as we walked along. It was amazing to be a part of this event and surrounded by such wonderful, open-minded, respectful people. 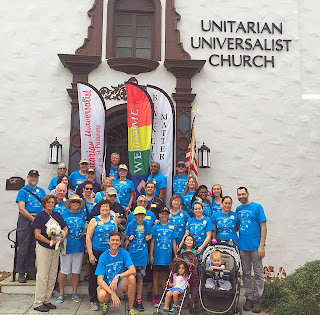 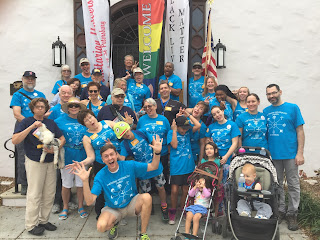 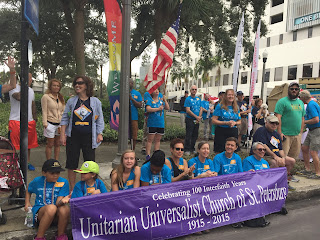 Next year - more goodies to pass out along the parade route!