After Courtney picked-up the girls, it was time for the second drop-off for little man's fourth year at sleepaway camp.

This year, he's spending the week as a Ranger's Apprentice (from the book series by John Flanagan). What first hooked us on this camp, and what we continue to love about it, are the literary theme camp options - Harry Potter, Percy Jackson, Ranger's Apprentice and Star Wars (ok, so the last one is more movie driven ...).

Just like the girls - he had an AMAZING week doing all the things he really loves about camp: archery (with a hand-made bow) and horseback riding. Plus he was able to do it in a hooded cape. Does it get any better than that?!? Well, maybe if they would have added in kayaking or canoeing - but they were a bit busy being Rangers and protecting the camp from enemy invaders. 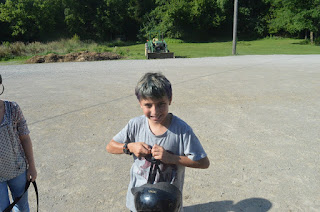 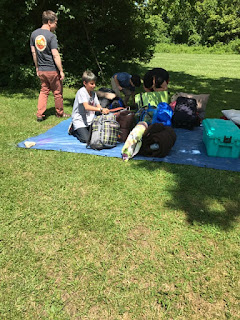 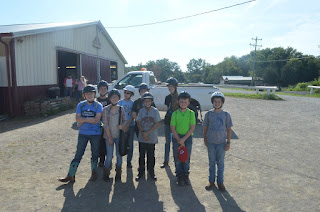 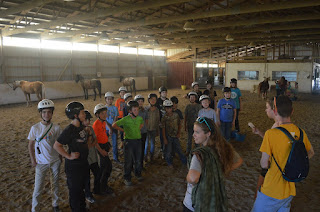 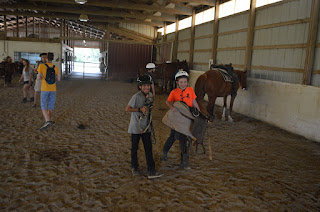 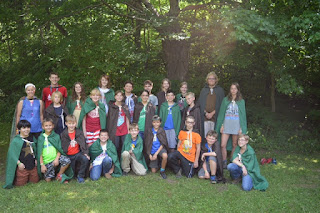 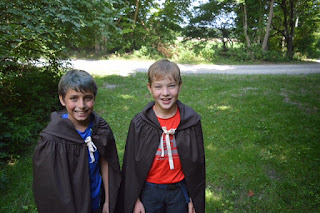 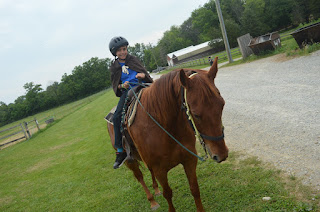 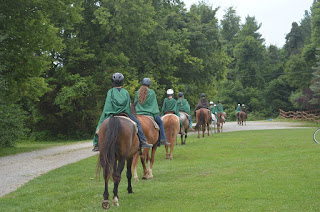 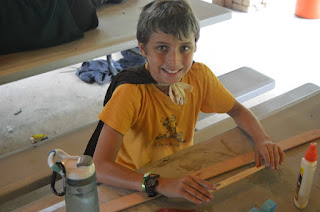 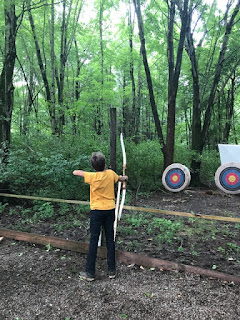 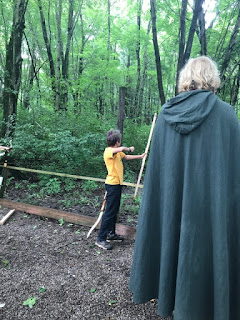 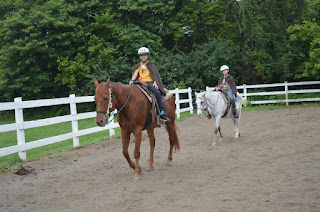 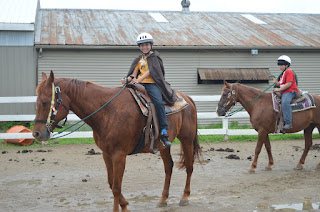 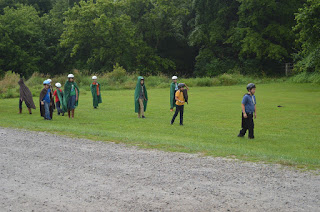 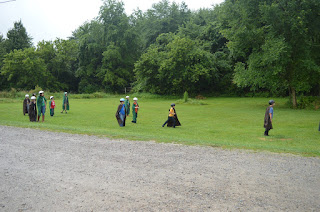 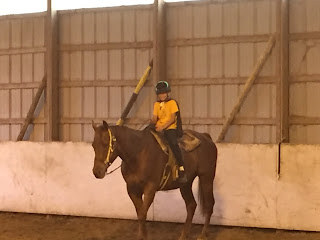